Hydrogen Cars: Science Fiction or The Next Big Thing?

Hydrogen Cars: Science Fiction or The Next Big Thing?

Hydrogen fuel cell vehicles are often touted as the future of clean transportation. By converting hydrogen into energy, they boast no emissions and no wait time. Rather than waiting for your electric car charger, you can just fill it up with hydrogen and be on your way. Hydrogen fuel cells are also significantly lighter than the batteries in electric vehicles.

With all this in mind, they seem like the natural winners over electric cars. But used car market trends beg otherwise. Two major obstacles keep hydrogen cars from becoming mainstream: how the hydrogen is sourced and the fueling infrastructure.

Hydrogen fuel cell cars are powered by a chemical reaction. Hydrogen leaves the fuel tank and enters the fuel cell stack, where it reacts with oxygen from the environment. This reaction separates the hydrogen into an electron and proton. The only byproducts from this reaction are heat and water vapor. The water vapor is emitted out of the tailpipe. Since it’s only water, fuel cell vehicles are considered zero emission.

This reaction creates electricity that can either be used directly to power the car or stored in a battery to be used later. The battery also stores energy from the regenerative braking.

Fuel cell technology has been touted as the future of renewable energy for years. And this power source is far more efficient than the traditional internal combustion engine. Fuel cell cars can drive long distances of over 300 miles on a single tank of hydrogen fuel. This means they’re getting about 70 miles per gallon.1 Despite their performance and perks, fuel cell vehicles are still plagued by significant drawbacks.

Hydrogen is touted as the most abundant chemical element in the world. It’s far more plentiful than electricity or gas. So why is hydrogen production such an issue?

Converting, transferring, and storing hydrogen from its raw form to the fuel cell of a car takes energy. It takes significantly more energy than charging an electric car. Just because the car itself is zero emissions, doesn’t mean the production line to get the energy is zero emissions.

Let’s trace the energy from raw material to a hydrogen fuel cell car.

So just how sustainable are hydrogen fuel cells? They’re not. Each of these steps requires energy. Most hydrogen is still produced and distributed using fossil fuels.2 This detracts from the “clean energy” concept of the fuel cells. While the fuel cells themselves may operate on clean energy, the process of creating them does not.

The process also isn’t efficient. Between separation, compression, transportation, and distribution, it loses 62% of its energy. So if you start with 100 Watts of hydrogen, by the time it gets to your car, it’s only 38 Watts.3

At present, there are 107 hydrogen refueling stations in the United States.4 They’re almost all in California, with a few in Hawaii. Further, each station can only store enough hydrogen to refuel between 50 and 67 vehicles at a time.4

Because there are practically no hydrogen fueling stations outside of CA, you can’t travel far in fuel cell vehicles. Certainly nowhere in the midwest, much less the east coast. While hydrogen cars may be realistic for specific customers near stations in CA, they’re not practical for most people.

The Future of the Hydrogen Fuel Cell Vehicle Market

Hyundai, Honda, and Toyota are the only three automakers that offer hydrogen cars. Presently, there are only five commercially available hydrogen fuel cell vehicles on the market between these three brands. Only two are in production, and two are lease-only. That being said, it’s difficult to get your hands on one of these vehicles new, and harder still to find them used.

The hydrogen fuel cell vehicle market is projected to grow over the next decade. The US government plans to have 1,000 fueling stations in CA by 2030. So they’re planning to support any market expansion within the state. However, there are no solid plans for growth outside of the state.

California’s Clean Vehicle Rebate Project is working in tandem with the U.S. Department of Energy to offer incentives and encourage sales. Hydrogen fuel cell cars are eligible for a $4,500 rebate, as well as other benefits and perks.5

Whether your dealership believes that hydrogen cars are the future or not, experts agree they’re not the present. As you bide your time and watch the news, focus on other sustainable options. Battery electric vehicles are in high demand across the United States now, and the segment will only grow.

Invest in electric vehicles by buying auction cars online for your dealership. ACV has a wide variety of electric cars, and will only get more as the market continues to expand. We look forward to working with you at ACV Auctions! Start finding great inventory by registering!

Break Away From The Pack Webinar Series 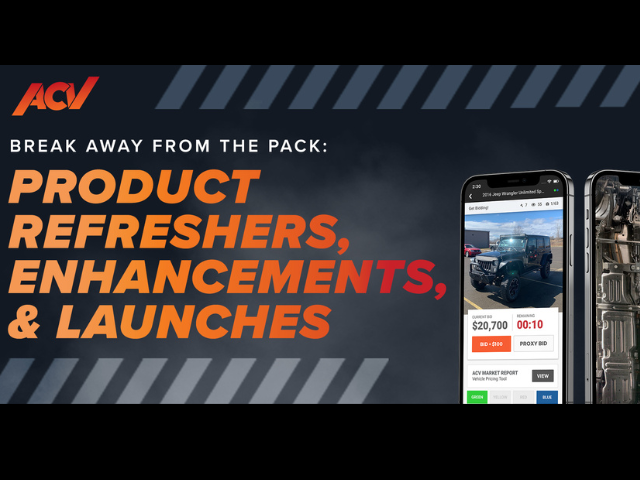 Break Away From The Pack Webinar Series 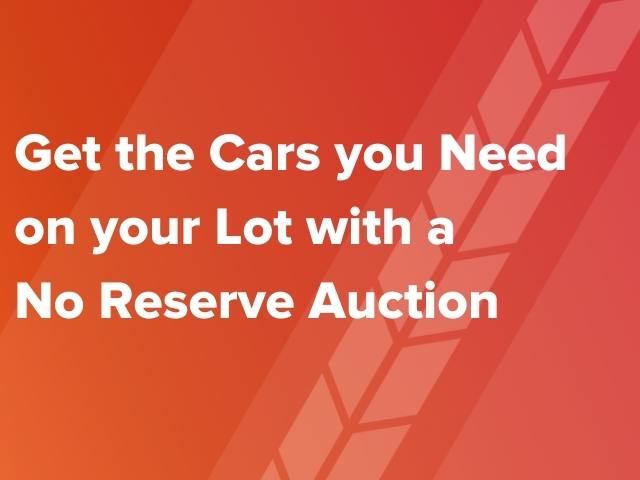 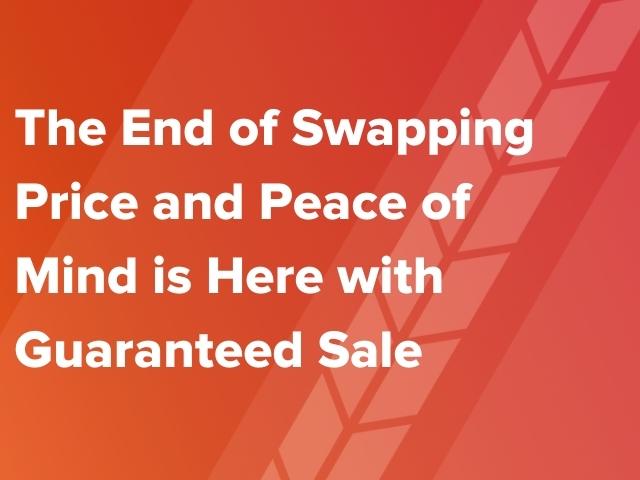 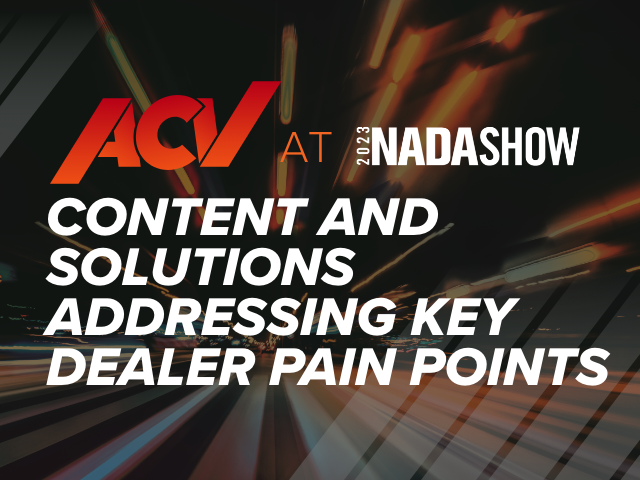 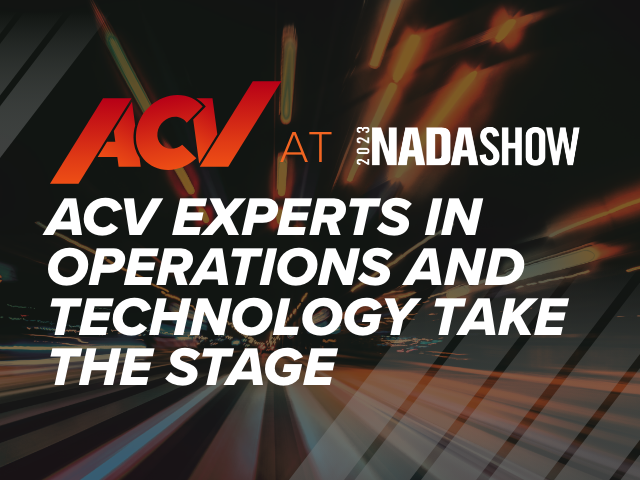 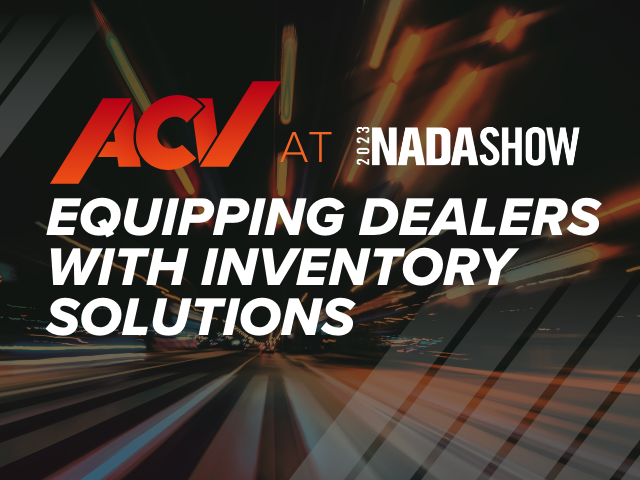